The following blog post was written by one of our Q42 group members! The interpretations of history here are their own.

You may have heard of Hamilton, and it's probably from your history classes around early US history, or because Lin-Manuel Miranda wrote a Broadway musical about him, which was released last year on Disney+. If you know about him from history classes, you probably learned about how he helped George Washington to fight and defeat the British, or played a fairly key role in setting up the Constitution and was the first Secretary of State, setting up the financial system still used in the USA to this day. You might even have learned about his family, how his wife devoted her 50 years of living alone to preserving his memory, and the memory of all of those who fought and worked with him.

But you probably didn’t get taught about his relationship with his “roommate” John Laurens.

John Laurens fought alongside Alexander against the British, and was a firm abolitionist. His father was an influential man who owned many slaves, but John Laurens fought against this, trying to free enough men to form the first all-Black battalion. He was close to achieving his goal in South Carolina, after years of fighting to get permission from Congress (with the help of his father, who wanted to help him achieve his dreams). However, he was killed in a gunfight with British troops in 1782.

But before this happened, he had an intense relationship with Alexander. Their letters have been preserved and express more love than would typically exist in friendships. The most famous example of this is a letter from Hamilton to Laurens that begins:

“Cold in my professions – warm in my friendships – I wish, my Dear Laurens, it were in my power, by actions rather than words, to convince you that I love you.”

This letter and a few others have been slightly destroyed, and meaning hidden, as their letters have been edited by their sons, who have removed parts which build-up to suggest sexually explicit content. In this letter, Hamilton asks Laurens to find him a wife, and begins to talk about his genitals, just after which around 5 words have been scrawled over in the original manuscript.

Hamilton also signs off most of his letters with “Yours, A Hamilton” which is again suggestive of a romantic kind of love between them. He describes himself as “a jealous lover” and both of these things stop after he finds Eliza Schuyler and falls in love with her.

Letters from John Laurens were placed in the care of his father after his early death, and it is suspected that many of them have been destroyed or tampered with, and so it is much harder to figure out his true feelings, although it is clear that he was at least good friends with Hamilton.

Some historians still believe that their relationship was purely platonic, as it was more common for men to express their emotions and feelings towards each other at the time than it is today.

But other historians argue otherwise, and believe their relationship was kept secret because sodomy was a capital offense throughout all of the colonies at the time. 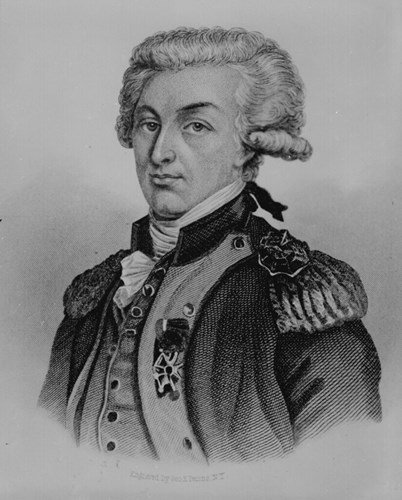 Laurens and Hamilton had another friend they were both very close to whilst working with Washington – a young man known as Lafayette.

Lafayette came over from France and didn't know any English, so Laurens and Hamilton worked as his interpreters, given that both of them were fluent in both French and English. Lafayette and Hamilton communicated very passionately with each other, although this might just be because they were both slightly dramatic, but there is also a possibility they shared a relationship similar to the one of Laurens and Hamilton.

The three of them were known as “the gay trio” to their children and grandchildren. Washington highly encouraged the three of them spending time together, and looked upon them fondly, in a slightly fatherly manner in the way he cared for them and loved them. There is one known occasion where Lafayette stayed with Washington all night sitting on a blanket under a tree and looking at the stars.

All of these figures are mostly famous due to Hamilton’s popularity (the musical, not Alexander), and were mostly neglected before the fandom rose. I would highly recommend watching or listening to the musical, but try to remember that not everything in it is factual and do your research before believing anything.

Hope you enjoyed reading this!