Gender can definitely be a confusing and complicated topic, but one thing we can confirm – your gender is what feels right for you.

If you google gender you might get a lot of different theories and debates around what gender is and isn’t. Your gender might not be a single label and it might change as you grow, but whatever rings home to you is 100% valid and should be celebrated!

It’s worth noting that there’s a huge range of cultural understandings around gender too. A lot of the concepts we mention could be seen as quite “westernized” or “European” but we’re aware many of these and others can be found within the rich cultural histories of the world (colonialism sadly had a big role in why many of these histories aren’t more widely recognised today).

You may have heard some people say, “gender is a social construct”. Essentially this means it’s a concept that humans developed over time to play a key role in society as it grew.

Because of this, the definition of gender can vary between countries and cultures, which means someone’s understanding of gender might be completely different to yours. What signifies a certain gender in one culture might signify something else in another.

It's important to remember than a lot of the discourse around gender relates to westernised cultures, but that isn't the only understanding out there, nor is it leading the way (in fact, colonialism set things back a fair bit, erasing a lot of nuanced existing understanding of gender across the world).

Even though gender isn’t the same as biological sex, it can play an important role in your gender identity, especially for trans people, who may experience gender dysphoria (where your biological sex doesn’t “match” your gender and can cause intense distress and unease).

Interesting fact: Studies show different gender identities have different brain patterns. Often a trans woman’s brain is the same as a cis woman’s brain and vice versa. So you might have “male” or “female” genitals, but that doesn’t mean your brain “lines up” with that.

What’s most important is that no one can tell you what you are, because it’s an identity you get to define. Despite some people's best efforts, you cannot dictate what someone's experience of gender is or ought to be.

There isn’t a blueprint or "how to" for what a certain gender looks like, so it is up to us as individuals.

Another great way people explore gender is through performance. Some people find “performing” in ways society sees as feminine, masculine, butch or camp etc. becomes an important step in their identity and in many ways we all perform our gender, sometimes without thinking about it and sometimes after a lot of consideration.

Your "gender performance" might feel completely different to your gender identity, it might not. Both are completely OK.

Your Gender and relationship to it can change over time and is forever evolving. It's OK for it to change and it's OK if it doesn't. Identity isn't always something that fits into boxes and it can some time to find the one that feels right.

Gender Theory is an entire field that people spend years studying! There isn't, as yet, one simple concept everyone has agreed upon to define gender. It's OK if it takes a while to work out. It's OK not to have all the answers. It's OK to focus on what feels right for you and not feel you have to explain all of gender theory or the lives of every other trans or non-binary person out there.

In case you’ve got this far and still feel confused, hopefully this visual demonstration will help put some pieces together - it's called the "GenderBread Person" (and at the time of writing is on its 4th version!). It's a helpful tool to plot out how you see your identity, and can also really help to show just how diverse and unique all of us are. It's available for free over at www.genderbread.org 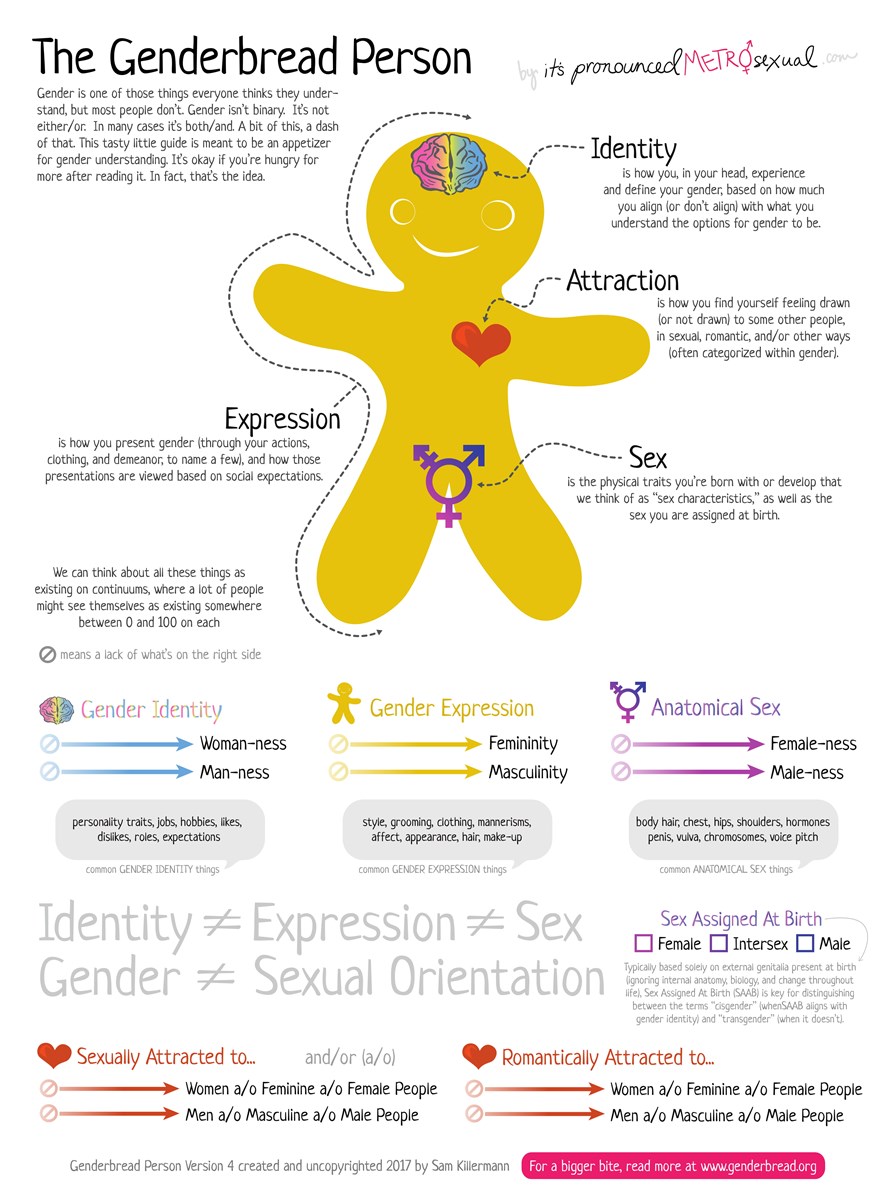 They’re might not be a time when you completely understand gender!

Gender is confusing and how you see your gender identity may change under different circumstances and that is completely fine.

One of our Q42 group members sees it like this: 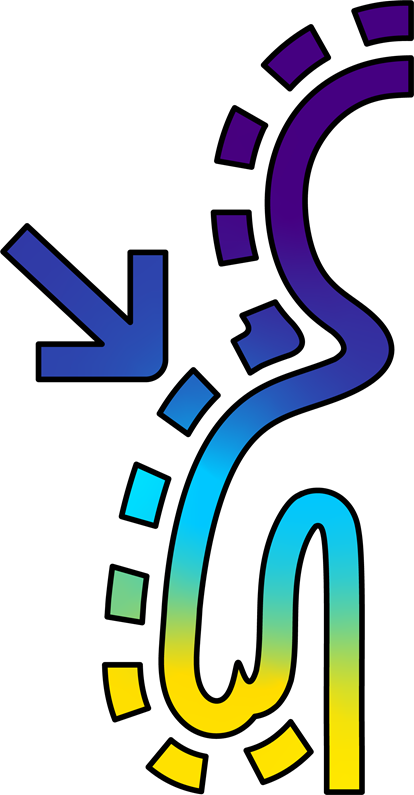 "Using a personal story , I was 100% sure I was a cis female until I was 14, when I first started doubting my gender identity. This lead to me identifying as genderfluid when I was 16 for about 4 months before understanding myself to be trans masculine.

I know that somewhere down the road I might feel more genderfluid or nonbinary than I do now and that is completely fine, it isn’t something that is ever concrete and official. There’s been lots of cases of someone who identifies as trans and is on hormone treatments realising that they might not be as comfortable in their gender identity as they thought and starts to detransition.

This is COMPLETELY FINE!

Anyone who tries to tell you otherwise is just a bit uneducated in these things (or ignorant,) and has no right to try and talk you down.

You don't have to dress like society's understanding of your gender!