One of the most defining moments of LGBTQ+ History is, unfortunately, the AIDS crisis. This crisis, often believed to have begun when the first official diagnosis was made in 1981, was first called ‘gay-related immune deficiency’ or GRID.

While the name was soon changed to AIDS (acquired immune deficiency syndrome), the high-rates of infection among gay and bisexual men meant people linked deadly illness with the gay community. It became an excuse to discriminate against LGBTQ+ people, many of whom died young and without proper care.

By the end of the 1980’s there were over 142,000 AIDS cases around the world, and by the mid-1990’s the number of people with HIV (human immunodeficiency virus) had jumped to 23 million globally.

This is the story we tend to think about when we talk about HIV and AIDS. We talk about it as a period in history when many, many LGBTQ+ people died, and the fear and discrimination that the queer community faced. To this day, the after effects of this history include a continued belief that same-sex sexual relations are more risky (and deadly!) than opposite-sex sexual relations, and that an HIV+ diagnosis is a death sentence. The problems with this are:

If the understanding we have about HIV and AIDS comes from the 1980s, then our knowledge is almost 40 years out of date! So what’s the deal with HIV in the UK today?

First, let’s understand the differences between HIV and AIDS. According to avert.org:

As HIV destroys more CD4 cells and makes more copies of itself, it gradually weakens a person’s immune system. This means that someone who has HIV, and isn’t taking antiretroviral treatment, will find it harder and harder to fight off infections and diseases.

If HIV is left untreated, it may take up to 10 or 15 years for the immune system to be so severely damaged that it can no longer defend itself at all. However, the rate at which HIV progresses varies depending on age, general health and background.

(…) AIDS is a set of symptoms (or syndrome as opposed to a virus) caused by HIV. A person is said to have AIDS when their immune system is too weak to fight off infection, and they develop certain defining symptoms and illnesses. This is the last stage of HIV, when the infection is very advanced, and if left untreated will lead to death.

By the end of the 1990’s, AIDS was the fourth biggest cause of death worldwide with more than 14 million people having died from AIDS-related illnesses since the beginning of the crisis. In 2018, there were 473 total deaths among people living with HIV in the UK, and it’s estimated only about half of these deaths were HIV-related. While these numbers are not insignificant, they show a dramatic decrease in the number of people dying from HIV and AIDS-related illnesses today.

Today, an HIV+ diagnosis in the UK is not necessarily a death sentence! In fact, it almost never is! With proper antiretroviral treatment, an HIV+ positive person can live a full, normal and lengthy life.

Furthermore, 97% of HIV+ people in the UK cannot spread HIV to other people. This is because they are ‘undetectable.’ According to avert.org:

A person living with HIV is considered to have an ‘undetectable’ viral load when antiretroviral treatment has brought the level of virus in their body to such low levels that blood tests cannot detect it.

There is no risk of passing on HIV if your doctor has confirmed that you are undetectable (or virally suppressed), you continue taking your treatment and attend regular viral load monitoring appointments. Undetectable = Untransmittable.

In theory, people who are undetectable may actually be a safer sexual partner than someone who is HIV- because they know for certain that they cannot pass HIV on to their partner, while someone who believes they are HIV- may not be 100% certain of their HIV status. 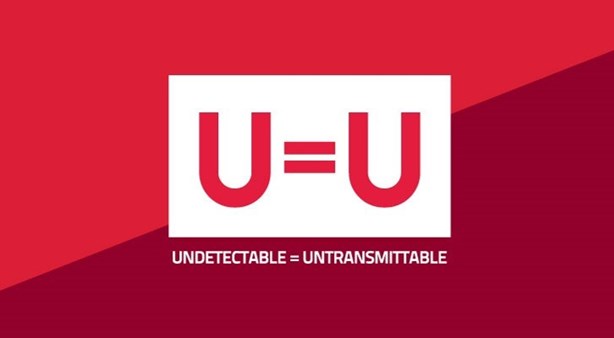 One of the biggest reasons HIV is still spread today is because of people who do not get tested regularly enough, and thus believe they are HIV- when they are actually HIV+. Regular testing is the best way to decrease HIV transmissions and diagnoses. Late stage diagnoses are most common among heterosexual men and people over the age of 50, not young gay and bisexual men as is commonly believed.

In 2019, HIV infections among gay and bisexual men fell by 71% in the UK. One reason for this is because of the rising use of pre-exposure prophylaxis, also known as PrEP. Multiple studies have confirmed that when taken correctly, this pill (which combines two anti-HIV drugs: tenofovir and emtricitabine) is almost 100% effective in making a person immune to catching HIV. A person taking PrEP properly can have unprotected sex with an HIV+ person and be at little to no risk of being infected (of course, this does not protect them from other STIs and you can take a look at our sexual health page for valuable information on safe sex in general).

Finally, for those who cannot take PrEP (either for medical or financial reasons), there is also Post-exposure prophylaxis, or PEP, which must be taken within 72 hours (3 days) of possible exposure to HIV. This should also work well to help limit the chances of infection.

So today, unlike 40 years ago, same-sex sexual relations are not more dangerous or risky than opposite-sex sexual relations. Gay and bisexual men can celebrate their sexualities without fear and can live long and happy lives. The sex lives of LGBTQ+ people, whether they are HIV+ or not, must no longer be considered especially risky or dangerous.

Unfortunately, misconceptions and outdated understandings of HIV persist, and today the biggest crisis facing HIV+ people in the UK isn’t AIDS, but rather stigma. The shame, fear and hatred directed at HIV+ people is a common problem, not only in the wider world, but also in LGBTQ+ spaces.

In order to improve the lives of all LGBTQ+ people, more work is needed to raise awareness and educate people about the nature of HIV in 2020. One great way to do this is to look into the U = U Campaign, which is being used around the world!